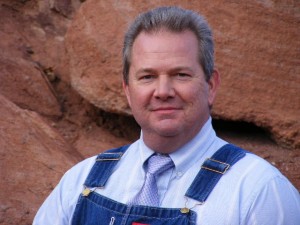 LEE CUESTA reveals his rare ability to seemingly view the future – based upon the logical conclusions of his own research – with the appearance of his novel, Once:Once. Cuesta combines the skills of a storyteller and investigative reporter to penetrate the historical, social and spiritual dimensions of this convincing tale.

As a bilingual writer and journalist who worked in Mexico City, the author has been published extensively in periodicals such as Northwest, Eternity, World Pulse, Indian Life, Interlit, The Fresno Bee, Evangelical Missions Quarterly, Christian Life, Prisma, El Faro and Apuntes Pastorales. To date, Cuesta has published more than eighty (80) articles and other pieces. The articles receive international response from readers. So significant are his articles, in fact, that they are often reprinted or adapted for other magazines. For example, his three-part series exposing the religious persecution against evangelicals in Chiapas was first published by World Pulse. This series was subsequently reprinted in Indian Life, an international newspaper based in Winnipeg, Manitoba. Another article, written in Spanish for the Mexican magazine El Faro, was adapted for the international magazine Apuntes Pastorales, and then reprinted again in Consejero Bíblico. For this reason, Cuesta is known cordially as a “mexicologist” – a student of Mexican culture, history and society (in the same way, for instance, that an anthropologist is a student of human culture, origin, and relations).

Cuesta’s research, including on-site interviews and investigation in the Mexican state of Chiapas, spans ten years. In fact, his first article on the troubling situation in Chiapas appeared in January, 1994, where he reported two recent events in which approximately 350 evangelical Christians of the Tzotzil ethnic group “were brutally beaten, put in jail and expelled from their communities of origin, taking away all their belongings and burning some of the houses,” quoting one Mexican leader. All this occurred in spite of a new religious freedom law, adopted in 1992, which ostensibly guaranteed that each individual shall “not be the object of discrimination, compulsion or hostility as a result of his religious beliefs.”

Cuesta’s second article about this issue appeared on May 5, 1995, where he pointed out that “Mexico’s preoccupation with the Zapatista guerrilla army, both by politicians and the media, has overshadowed the other side of the Chiapas crisis: the 20,000 to 30,000 believers in Chiapas exiled ‘for professing the Protestant religion.’”

As a result of the persecution in the Chiapas highlands, several refugee settlements have sprung up around the city of San Cristóbal de Las Casas. Cuesta acquired firsthand experience by traveling to both San Cristóbal de Las Casas and Tuxtla Gutiérrez, Chiapas, where he conducted on-site investigation and interviews, including a trip to San Juan Chamula, the renowned “headquarters” of such persecution. The result of this research was his three-part series, first published in June and July of 1998. Cuesta provided not only the articles, but also the photographs.

Cuesta received his first international assignment even before graduating with his degree in journalism. He traveled to Thessaloniki, Greece, for a three-month internship, during which time he experienced and reported on a major earthquake that rocked the city; his reports were published in Cable magazine. He also lived in Leptokarya, on the Aegean coast, with trips to Athens, Philippi and Corinth. While a university student, Cuesta was awarded membership in the Kappa Tau Alpha (journalistic honor) Society; received two scholarships; and also was featured in The National Dean’s List.

Cuesta launched a newsletter called Desafío Transcultural, which was highly influential among its readership throughout Central America, and he participated as a member of the Asociación Cristiana de Periodismo in Mexico City. Cuesta also has been a member of the Society of Professional Journalists. As he lived and worked in Mexico, he traveled broadly throughout most of the Mexican republic’s 37 states, usually by way of public transportation, with engagements in cities such as Veracruz, Monterrey, Guadalajara, Morelia, Querétaro, Matamoros-Brownsville, and Acapulco, as well as several trips to Guatemala.

This entry was posted in About Lee. Bookmark the permalink.